Withdrawal from Seroquel, the unfurling tornado.

This is a tough one to write about. Please heed the trigger warning. I write this story because being bipolar, as you may well know, is not a fairy tale. Sometimes things get extremely dark, this is one of these instances. This might make you wriggle in your seat but I want to be truly honest with myself, and you. 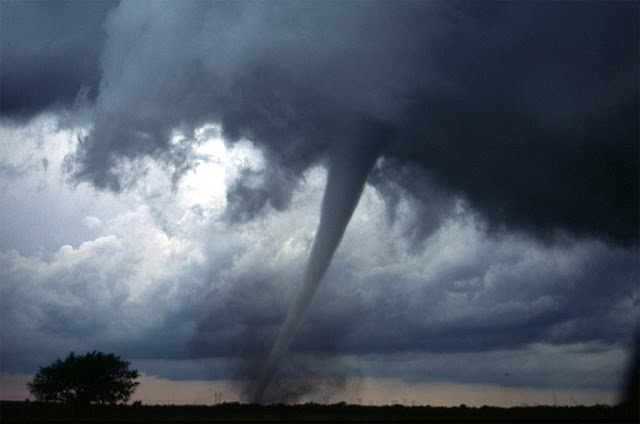 About a year and a half ago I was on a high dose of seroquel. A very high dose. It took some time, but I eventually realised it wasn’t working for me. I had turned into a zombie. I would over sleep and bring little conversation or interaction to the table. It wasn’t a nice time at all.
I spoke to my doctor, who agreed it was time to cut the dosage. He offered me a stay in a psych ward, with the idea that the transition was safely monitored. I declined. Mostly because I’m a stubborn bitch, but also because I completely under estimated the withdrawal.
It began with a weird feeling throughout my body. I was restless, and although I cant put it into words, I was just “off”. My mind began playing tricks on me and paranoia was high.
I tried to shrug it off.
I felt completely alone, tormented and worthless.

The scary part was, I had entered into a mixed state. This is when you are both manic and depressed. The most dangerous part about this state is that you can be depressed enough to want to hurt yourself and manic enough to actually pursue that.

So it starts. . . my friends were having a little night out. I thought of no better way to cheer myself up. Be around those you love. I didn’t count on the effect that alcohol would have on my then state of mind. Something that is now duly noted in my crisis management plan, and something I now strictly live by. No alcohol when slightly depressed or manic.
I got myself dressed up, looked at that useless piece of shit I saw stare back at me in the mirror and went into the night.
The first thing that sticks out for me is that when we got to the bar, a friend, unknowing to the rest of us, had invited some guys out. Not guys we knew.
Alone again.
I went to the bathroom and cried for ten minutes. Touched up my face and went back to the table.
This is when the host (I forgot to mention it was a music bingo championship game), asked my other friend to sit in the winners circle. Taking her away from our table, to a table half way across the room from ours.
Alone again.
Tears again.
By this point the alcohol has set in. I was firmly set to self destruct. My retorts were curt. My attitude was stinking.
For some reason or another, we decided to pick up more alcohol upon leaving the bar. The cashier knew something was wrong and declined the sale. I burst into hysterical tears. Now the anger was on. I walked down the street shouting and swearing. Not like you’d imagine. I was cussing myself. Telling myself over and over how useless and worthless I was. I was so angry at myself for feeling this vulnerable and unsteady. The police soon intervened. I quickly apologized and assured them that I was okay. My friends also stood up for me, even through their bewilderment.
I got home and went back to that unrelenting mirror. How could you be this person. Why are you like this. What is wrong with you. Go die.
I waited until my friends were occupied with something else. I grabbed my shoes and I fled the apartment.
I needed to clear my head. That was, until I saw the water.
I saw myself slowly being swept away by the waves. The water crushing my soul down, releasing its existence. I moved closer and closer.
That’s when I heard a voice. A light flashed in front of me. Someone was calling me. It took a few minutes to realise what was going on, but when I did, I moved close to the voice and felt myself regaining a grasp on reality. Some men in a boat had saw me. By the tone in their voice they didn’t like what they saw. I feel too worthless to acknowledge others worry but I try my best to partake in conversation. After what felt like a long time, I had satisfied them enough in my state of mind for them to let me on my way. After exchanging numbers I was promised that they would check in on me tomorrow.
I do the walk of absolute shame home, although it doesn’t feel like shame. I don’t feel guilty about wanting to escape but I still do very much want to escape.
When I get home I reach for a baby wipe to remove the nights flaws. That’s when I see it. The razor, glistening back at me, signaling freedom. I lay down on the bathroom floor and with every deep breath I make a mark. The blood leaves my body but the pain is nothing like what I already feel. This time however, I’m in control.The tears are rolling down my face, splashing onto the open wounds. I genuinely don’t know where to go from here. My entire world is broken and I can’t see a better life for myself. It always ends up back here. Why. The worthlessness, helplessness, self loathing and intentions of ending my own life. My best friend opens the door and picks me up off the ground. She holds me so close that I wander what I’ve ever done to deserve such love. She puts me to bed and cleans up the tainted memories of the night before.
I need help. I am not coping..
Back to the psych ward we go. This time however I feel the medication change had a big role to play. The professionals agreed. I hadn’t dug myself as deep a hole in almost 4 years.
Horrifying enough, this was the wake up call I needed.
I urge anyone changing doses to do so under professional care. If they offer a stay in a psych ward, chances are you probably need it.Take all the advice until you can’t take any more. Listen to yourself, to your body and most of all never give up. It does get better,  I promise you that. There is a place filled with light and happiness. It might take a journey to get there but it will be worth it in the end. There is nothing more powerful than the power of YOU.
Thank you for reading my story.
Love xo
Previous Post
Next Post