That trip to the psych ward

When I was first diagnosed bipolar, it followed a serious stay in the local psych ward. I was referred to the mental health hospital by my doctor, whom after listening to me rant on about god and the devil, saw something alarming. I didn’t quite care for the concern, I thought I was just fine. Magical and mystical, but fine. My behaviours didn’t quite get the memo and I began to spin even more out of control.

My mind was awol. 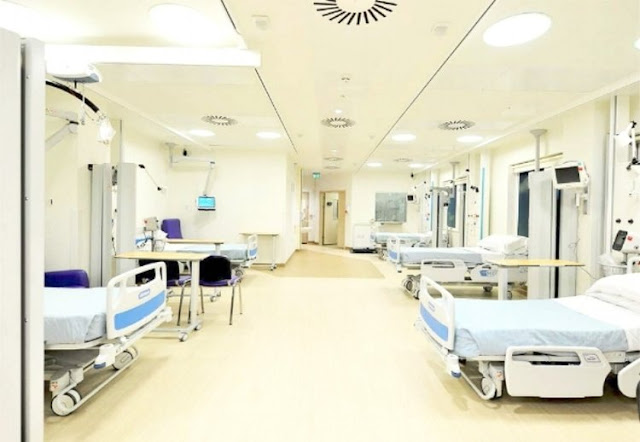 A couple months later, I received a phone call from a man called Andrew. He was my assigned case worker. I assured him that everything was fine and I didn’t need psychiatric help.

I don’t know when it happened but all of a sudden I was staring at my life and realized something was wrong. I called him back, threw my hands in the air and asked for help.

On our first meeting, although much better than previous months, I was still notably in psychosis. Andrews concern grew for me and he asked if I would approve of a visit to PES (psychiatric emergency services). I agreed and we walked over to the ward together.

I had been in a psych ward before but nothing prepared me for this. This was the realization that something was seriously wrong. This was my awakening moment.

I got signed in and sat chatting with Andrew for a while. I was made aware that under the mental health act I was not able to leave the ward of my own doing and if I tried, I would be escorted back by police officers.

Terrified wasn’t even the word.

Screams echoed down the halls. One poor soul was standing banging his head against the wall.

There were chairs set up, reminiscent of the game ‘musical chairs’. This was where we were expected to sit all day and sleep all night, broken up by plastic trays of hospital food and meetings with psychiatrists.

I was calm and collected when speaking to the psychiatrist. My biggest worry was what had went on in the months leading to now. In those months I was deep in psychosis. I would wake in the middle of the night and follow voices, fully clothed into the ocean. I would stand on rooftops conversing with the angels, ready to take flight. I, for want of a better phrase, had completely lost it.

But now I was more aware. I knew these things were wrong but there were also some residual thoughts and behaviours, lingering, waiting to be full blown episodes.

I must have seemed sheepish because one of the nurses asked me if I wanted a private room. I gladly accepted. I needed away from that room. That room.

After more chats with the psychiatrist, I was given a bunch of pills and sent to bed.

The next day, feeling somewhat clearer, I asked for a book. I don’t know if this was a first for them, but they seemed stumped. I needed to focus on something that wasn’t this hospital, and luckily a staff member had a book to spare. They probably didn’t think about the potential psychotic episode that would arise from a book entitled ‘The oracle of delphi’, but it happened. I started to believe I was mystical again, that there was no such thing as mental health, but instead those that can see, hear and talk to different frequencies. The gifted.

I dare not tell my psychiatrists about my powers. I kept that to myself, all the while smirking like the cat whos got the cream.

I was soon released from the ward with a prescription for risperidone and some anti anxiety that I can’t quite remember now.

Within days my psychotic tendencies were minimal and I was able to regain clarity. I no longer believed I was special, but I did realise that something needed attention. From then on I continued appointments with my case worker, my psychiatrist and my counselor. In the months to come I was given a diagnosis and since then I have been working to manage and accept that diagnosis. Four years later and I am doing so well I cannot believe. Things have come together in the past year and I feel like I am finally getting me back. Psychosis is a bitch, it takes everything from you and I can only hope I don’t return to that state of mind.

Although I was scared by the whole experience, I still count PES as my back up plan. The staff were great, even if the setup is a bit dated. I have been back there since and will continue to do so when needed.