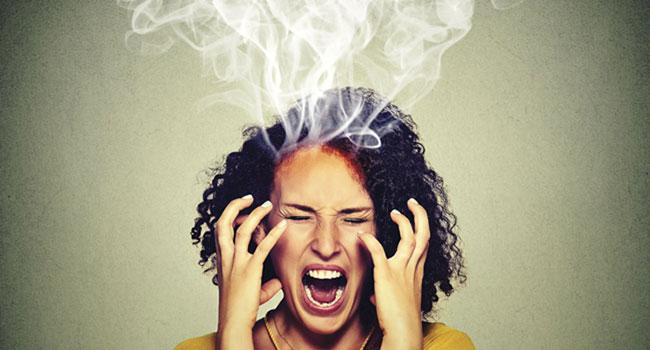 Bipolar is a soup of emotions. One that was very prominent for me, at least in the early stages, was anger. Obsessive thinking and irritability carefully fueled my need for rage. I cant quite decipher if it was purely the illness that allowed anger to foster, but what I do know is that it caused a road block for many a relationship. One minute I would be fine, the next I felt I was battling all my demons at once. Something would be said or done and I would completely flip, recalling past memories and experiences. It was as if I was living through it once again and I would go off the rails, overwhelmed by my thoughts and emotions. In other instances I merely didn’t have a strategy in place to understand, let alone manage my emotions and they bubbled over the top as they were scorched.

I don’t want to be known as the moody one any longer, the one who is constantly on the defensive.

Now I pick my battles wisely. I can manage my emotions a whole lot better than pre diagnosis Natalie. I know how to think things through and react suitably.

I have this vivid memory of my first ever trip to Australia, I was 17. Someone said something I was uncomfortable with and instead of calmly assessing my emotions and reacting in a sensible, constructive manner, I screamed out loud grabbed the nearest object (which happened to be a glass wine bottle), and smashed it off the wall. I continued to rant and rave, taking a stick of chalk and writing curse words on the black board. Like? Seriously? Is that how to deal? I highly fucking doubt it.

But that was me in a nutshell. I blasted around like a tornado any time I felt out of my depth or agitated. I never once took into account who I was hurting or the damage I was causing, all I felt was negative emotion.

I write this not as a warning to others but as an insight. I never knew why I acted that way and I was often riddled with guilt in the aftermath. Mostly however, it was too late to rebuild those relationships and looking back I was always the one at fault. With the information I have now I can see that these so called “temper tantrums” came out of very heightened hypomanic or depressive episodes. They were, so to speak, my coping mechanism.

I have also been known, in the midst of a hypomanic or manic episode, to go off on a tangent via email. Bad move. Mark Zuckerberg has received one, among many a friend, foe and landlord haha

Sometimes I honestly cant help myself. My emotions feel so extreme, I feel like I am about to burst if I don’t take action. . . That was too much present tense for my liking – I used to. Now, perhaps with the help of medication, my emotions don’t run quite as wild as they once did.

Now I’m not that angry.